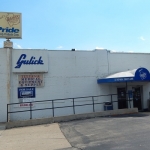 A home health care business that has operated in Danville 170 years is closing, and owner Steve Gulick says he had no choice because of changes made by the federal government.   Gulick says the Illiana Medical Equipment and Supply Building near the intersection of Vermilion and Fairchild has been sold.  And he is in the process of selling the business itself. It is expected to close within the next three months.

Gulick says changes in Medicare prompted the decision to close. ‘’Medicare came in during January of this year and took the top ten items we deal with Medicare – hospital beds, wheelchairs, oxygen, C-Pap Units, walkers and some other ones – and cut the reimbursement by 24-percent.  And then they sent out a newsletter in February and said ‘by the way, we’re going to cut reimbursement again in July by 24-percent.’  So 48-percent in the first six months of the year,’’ said Gulick.  ‘’We’re not big enough to survive that.’’

Gulick adds the changes in Medicare run contrary to what the Government has been trying to do.  ‘’I’m not sure what the Government’s thinking, or Medicare’s thinking.  But we have been the business that they kind of evolved into to get you out of the hospital, to take care of you cheaper than they can in the hospital…and to get you out sicker than you ever have been.  Well, we’re taking care of you way cheaper at home than in that hospital.  And now they’ve cut the reimbursement so low that you can’t afford to do it,’’ added Gulick.

Gulick says it is unfortunate that a lot of people will be impacted by the government’s decision to cut Medicare reimbursements to businesses like his.  ‘’It’s just a big rolling ball down the hill, I think.  I think it’s just one thing after another.  The more they cut reimbursement, the service is going to go away – the product quality is going to go out the door because you’re going to have to find cheaper stuff to buy so you can rent it at these cheaper prices.  Well, that doesn’t work,’’ added Gulick during an interview with VermilionCountyFirst.com News.

[In this photo,Gulick is pointing to a photo of his grandfather, J.W. ‘Joe’ Gulick and the 1922 Danville High School Football Team.  Joe later ran the business.  The photo is just one of the numerous historical items still in the building.

One of the most famous customers when it was Woodbury & Company was Abraham Lincoln.  ‘Abe’ still stands inside watching the traffic go by on Vermilion Street.

Gulick added the Danville business would not have been able to survive this long had it not been for the foresight of his father, J.T. ‘Tom’ Gulick, who recently died.  Seeing the changes the government was planning, Tom, his wife Loretta, and Steve formed Illiana Medical Equipment and Supply.  And he credits the community for its success.

It was in 1936 that Thomas A. Gulick purchased the former Woodbury Drug Company which originated in 1846.   He is the great-grandfather of current owner Steve Gulick.

Steve Gulick remembers when a soda fountain was located in the building at 912 N. Vermilion.  ‘’The problems of Danville were solved here,’’ said Gulick, ‘’before they ever went to City Hall.’’