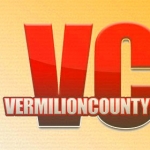 The preliminary information reveals that on February 7, 2019, at approximately 1:38 a.m. at the Circle K Gas Station on N Prospect Avenue, Jackson requested a ride from the victim, who accepted. After an undetermined time, Jackson reportedly held a razor blade to the victim’s throat and forced her into the trunk.

At approximately 4:43 a.m., the vehicle was involved in a hit and run car accident in Tilton, Illinois. A short time later at approximately 8:24 a.m., a local citizen in Danville, located the vehicle and heard a female voice coming from the trunk. Police were summoned to the scene at which time the victim was taken to a local hospital and evaluated.

On Friday the investigation led Champaign Police to the 200 block of E Hill Street in Champaign, where Jackson was arrested on preliminary charges of Kidnapping. Additional charges may be forthcoming.

Although an arrest has been made, police ask anyone who may have additional information regarding the kidnapping to contact police at 217-351-4545. Arrangements can be made for information to be shared privately with police. Anyone wishing to remain anonymous may also submit tips to Crime Stoppers by phone at: 217-373-8477 (TIPS); online at 373tips.com; or the “P3 Tips” mobile app.

Champaign Police reminds citizens that information submitted to Crime Stoppers is completely anonymous. Calls are routed to a third-party national call center that receives your information, completes a tips information form, and then passes the information to the appropriate law enforcement agency. Caller ID tracking is not utilized by Crime Stoppers and conversations are not recorded.