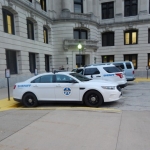 An Indianapolis man who was convicted of killing two Danville residents four years ago has received two life prison terms.

Circuit Judge Nancy Fahey sentenced 31-year-old Glenn Torres today (August 15, 2019) for the shooting deaths of 28-year-old Zarra Strickland and 29-year-old Theodore Hill.  Their bodies were found dumped in the yard of a vacant home in the 300 block of Western Avenue on August 4, 2015. 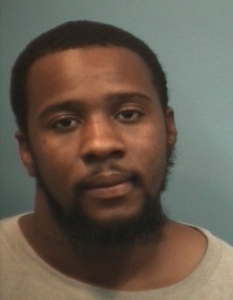 Prior to sentencing the judge denied a claim that Torres (shown in photo) had received insufficient assistance from his attorneys.

‘’Zarra wanted me to let you know that she’s gone to heaven.  She’s at peace,’’ said the victim’s mother, Vanessa Morris as she addressed Torres prior to sentencing.  Morris also told the court that she had seen this day in a dream.  ‘’I have seen this day but never in a million years believed it would be Zarra,’’ said Morris.

Hill’s mother, Rita Cooper, also addressed Torres during the sentencing hearing.  ‘’I have forgiven you because I’m a Christian,’’ said Cooper. ‘’I want you to know I have forgiven you, but it’s hard.’’  Then Cooper added, ‘’I don’t know how you live with yourself – but that’s between you and God.’’

”I stand here as an innocent man,” claimed Torres as he looked at the victims families.  He added, ”I understand you all’s pain,” as he claimed he did not kill anyone. ”I had no part in the deaths of your family,” said Torres. ”And I am sorry for you all’s loss. I really am,” he added.  And Torres added he does not hold a grudge.  Torres also says he has lost a lot, too.  He said his daughter asks him everyday why he is in jail.

Judge Fahey noted that the Illinois Legislature had taken action earlier requiring mandatory life in prison for this type of case.  The judge noted the case is ‘’so horrific, so heinous, so disgusting, (that) life is the only sentence that fits this crime.’’  The judge also noted that the shooting occurred in a car in a residential area of Danville where others could have been hurt.