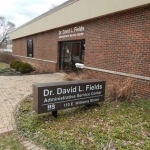 Danville District 118 School Board members learned last night that the district can borrow $4.1 million dollars.  Business Director Heather Smith says bond representatives reviewed the district’s debt and determined that by stretching out the existing debt the district could access the new money without raising the tax rate.  The $4.1 million dollars would be the net proceeds of stretching out the debt to the year 2042.  Currently the debt is scheduled to be paid off in 2035.

Also last night board members expressed opposition to seeking a 1-percent hike in the sales tax.  Some school districts are considering putting the sales tax hike proposal on the ballot, but Danville board members said now is not the time.  ‘’We’ve been taxed to death,’’ said board member Dr. Randal Ashton.  ‘’Take a break,’’ Ashton added.  Board member Lon Henderson said he would like to have the money, but he cannot support the sales tax proposal.

And Danville school board members learned that some state capital improvement grants are currently available.  State Senator Scott Bennett asked the board what projects it might have to use some of the money.  School board members have several ideas to use any such funds – such as a new gymnasium at Northeast Elementary Magnet School, a STEM lab at Danville High School, a new pre-kindergarten center, or renovating the learning resources center at Danville High School.  But first, board members want to learn more about the funding.