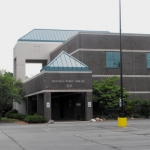 A person who is already very familiar with Danville’s Public Library has been appointed as its new Director.  Library Trustees have selected Jennifer Hess to fill the position left vacant when former Director Theresa Tyner resigned.

Hess had been serving as Assistant Director at the Danville Public Library for nearly two years.  As Assistant Director, Hess has been involved with the day-to-day operations of the library.  She has also created some new programs, including ‘Girls Who Code’, the DPL Writer’s Group, and ‘Say Yes to the Prom Dress’ event.

Hess also founded the Dark Horse Theatre Company in 2013, and has worked with Red Mask, DLO Musical Theatre and the DACC Players.

Library Board President Linda Bolton says Hess ‘’showed the established knowledge of both our community and facility, along with expressing her interest in staff team building, and a passion for taking the Danville Public Library into the future.’’