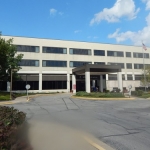 ‘’We welcome any improvements of access to care, and applaud Carle for investing in the community as we have done,’’ added Rogers.

Carle announced Wednesday that is plans to consolidate its North Vermilion and Fairchild Street locations into a new campus west of Danville’s downtown area.  It will be located west of Gilbert Street to Logan Avenue, and will be bounded on the north by Madison Street and on the south by North Street.