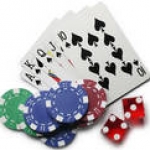 Mayor Rickey Williams says there are now two finalists in the running to bring a casino to Danville.  He discussed those finalists at tonight’s (Tuesday, September 3, 2019) Danville City Council meeting…

{‘’We had two very strong proposals – both of which selected the Lynch Road site.  And because they both chose the same location we will be moving ahead with getting the site before the Zoning Commission as soon as possible,’’ said Mayor Williams.  ‘’It will be as an item of information next Thursday, and then for a vote in October.’’}

Williams says a steering committee on the casino is now reviewing the proposals further….

{‘’We are in the process right now of doing due diligence in regards to the financial and regulatory capacity of the two finalists. Again, both of them are strong – just in different ways,’’ the Mayor told Danville City Council members Tuesday night. ‘’The other item, as you all know, is I’m working on negotiating our community benefits.  What are they going to give to you – the community, and to our citizens – beyond what is required by the statute?’’

Mayor Williams says he expects a final recommendation on which developer to select will be made at the September 17th Danville City Council meeting.