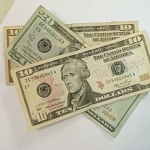 Thanks to a new law, passed with bipartisan support from the legislature, active-duty and former military personnel who live in other states within commuting distance of Illinois can pay in-state tuition rates to attend Illinois public universities, colleges and community colleges.

The law goes into effect for this academic year.

“It is probably a little late to get it for the fall semester, but for those who apply to school, they should be eligible for the intake for next session,” said state Sen. Rachelle Crowe, D-Wood River, a co-sponsor of the Senate Bill 1907.

The tuition adjustment, she said, was not in response to any particular issue, but just an idea whose time had come.

“It was like, when the idea was brought up, ‘Why don’t we already do this? We should have been doing this a long time ago,” Crowe said.

Depending on the institution, being considered a resident of the state for tuition purposes could mean significant savings: For the 2016-17 academic year, for example, tuition at the University of Illinois at Urbana-Champaign was $15,058 for state residents and $30,680 for out-of-state students.

Crowe said she was happy to lend her support to the bill.

“I sit on the Veterans Committee,” she said. “I’ve always had an interest in our veterans and their rights, and how they’re being treated in our state and our entire country. Many family members are veterans, so I just an interest in making sure that we’re taking care of those who have taken such good care of us.”

Crowe also pointed out that the tuition reduction is a win-win deal for both the schools and students.

“It not only benefits the veterans; any time you get quality people enrolled in the school, that’s a good thing,” she said. “The hope is that they will come to our schools and be educated here, and stay here and make homes here.”