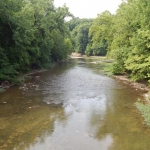 Although Illinois lawmakers approved the Coal Ash Pollution Prevention Act in May, some local environmental groups say there is still work to do to protect the National Scenic Middle Fork River.

The legislation which was signed by the governor directs the Illinois Environmental Protection Agency to draft rules regarding the disposal and storage of coal ash.  The process is now underway and the Illinois EPA has scheduled two sessions in Danville on Tuesday, September 17th, to get input from the public.  The meetings will run from 2:00 until 4:00 p.m. and from 6:00 until 8:00 p.m. at the Danville Area Community College Bremer Auditorium.

Some local environmental groups have scheduled a meeting for this evening (Thursday, September 12th) to prepare for next week’s EPA sessions.  There will be a slide presentation and the committees say they will distribute some fact sheets.  The meeting will begin at six o’clock this evening (September 12th) at the Danville Public Library at 319 North Vermilion Street.

The meeting at the library is co-sponsored by Eco-Justice Collaborative, Faith in Place, Prairie Rivers Network, Protect the Middle Fork Citizens Advocacy Group, and the Sierra Club’s Prairie Group. The groups are concerned about coal ash which is stored in pits along the National Scenic Middle Fork River at the former Dynegy plant north of Kickapoo State Park.