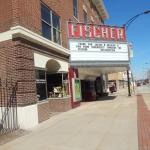 The Board of Directors of the Vermilion Heritage Foundation has announced the appointment of Jason Rome as executive director of the Fischer Theatre effective immediately. 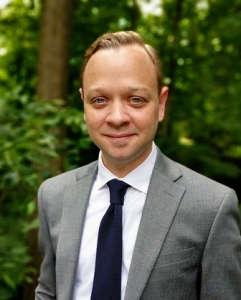 Rome grew up in Westville and Danville and majored in music at Millikin University where he was a manager at the Kirkland Fine Arts Center. He later moved into the finance world working with JP Morgan Chase Bank, First Financial Bank, Iroquois Federal Savings and Loan and Vibrant Credit Union in investment, mortgage lending, commercial banking and branch management.

He has been involved extensively in the community serving on the boards of the Danville Family YMCA, Danville Symphony Orchestra, OSF Foundation, A.L. Webster Foundation, Danville AMBUC’s Service Club, Danville Area Soccer Association, Trees for Danville, Downtown Danville, Inc. and Vermilion County Young Republicans. He is an alumnus of the Vermilion Advantage Leadership Tomorrow program, Class 26. Rome and his wife, Melissa, reside in Danville with their children Liam, age 11, and Amelia, age 8.

Rome sees his position as an extension of his work in the community “building a bridge between the Fischer’s rich history and the future of an operating theater that positively impacts people’s lives throughout the Danville area through the arts.”

The Fischer Theatre was built in 1884 as the Grand Opera House and operated as a performing arts venue and later a movie house until the mid-1980’s. Since that time efforts have been ongoing to restore the building. In 2018, the Julius W. Hegeler II Foundation donated funds to renovate the building with Offutt Construction acting as contractor for the project. The Fischer Theatre will celebrate Mr. Hegeler and its grand reopening Saturday, September 21, 2019 with a sold-out concert featuring singing artists, The Lettermen.

Other events are being planned including a film presentation of the Wizard of Oz in conjunction with First Friday and Pumpkinfest on October 4 and 5th in partnership with DDI and Soul Garden Recovery Center. A full fall schedule will be announced soon. For more information see www.fischertheatre.com or Fischer Theatre on Facebook.