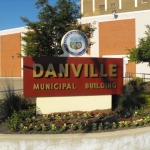 {‘’I am very concerned about our rental properties.  We have slumlords that – it’s just really awful,’’ said Pickering….’’They’re running down our neighborhoods. And not only that, and they’re costing the city money.’’}

The Ward 3 Alderwoman was speaking at a meeting of the City Council’s Public Works Committee last (Tuesday) evening.  Alderman Mike Puhr said he, too, has received a lot of complaints about rundown housing lately.  And Alderman Mike O’Kane said it seems every third house is empty on his end of town.  He says doors need to be covered with plywood to prevent squatters and fires.

Mayor Rickey Williams Jr. says it is a problem that needs to be addressed….

{‘’You know, we have a lot of great landlords in the city of Danville – people who make sure that folks have quality places to live.  But unfortunately we also have some who couldn’t care less,’’ said Mayor Williams.  ‘’And it’s time that we address those issues,’’ he added.}

Asked whether he had any ideas on how to address it, Mayor Williams told VermilionCountyFirst.com News.….

{‘’I don’t have a specific proposal.  I think that it’s an issue that’s going to take a lot of work to make sure we get it right.  You know, we don’t want to – in terms of trying to rectify a situation – create other side effects that we hadn’t planned for that are adverse,’’ said the Mayor during an interview with VermilionCountyFirst.com News.  ‘’So likely, hopefully, by the end of this year or beginning of next year form a committee to take a hard look at how we do rentals in this community.’’}

Danville has a nuisance ordinance and drug ordinances on the books, but the Mayor noted some cities have crime-free ordinances which make it easier to evict someone if they commit a crime.