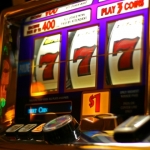 Mayor Rickey Williams Jr. thinks the city is in a better position for budget talks this year….

{‘’I believe because of the hard choices that we made over the last year – the hard corrections in terms of making sure that our revenue statements are correct, and making sure that our expenditures are correct – we put ourselves in a good place,’’ said the Mayor. ‘’And also with eliminating some positions that weren’t necessary – that’s helped our reserve. And we’re happy with where we’re going.’’}

{‘’We’ve tried to be conservative, Bill, because we don’t know how long the Illinois Gaming Board will take to approve the licenses.  But one thing we do know once they approve (the license) we expect we’ll be ready to roll – literally, some dice and such – out at our temporary casino within nine months.  So we do have a little bit of money budgeted next year towards that end,’’ added the Mayor. City leaders are anticipating the first portion of the casino could be operating by October of next year. The proposed new budget also includes new revenues from the cannabis retailers’ occupation tax.  Those sales begin January 1st , 2020.

Alderman Aaron Troglia noted during the meeting that he has been hearing some complaints from local bar operators about a new $600 gaming license.  He said he assumed it would not start until the beginning of the city’s new fiscal year on May 1st of next year.  But Mayor Williams says it has already begun but has been pro-rated for the rest of this year.