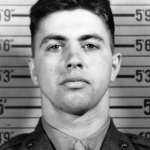 The Defense POW/MIA Accounting Agency says Van Zandt was a member of Company A, 1st Battalion, 6th Marine Regiment, 2nd Marine Division which met stiff Japanese resistance when it landed on the small island of Betio.  The landing was an attempt to secure the island in the Tarawa Atoll of the Gilbert Islands. 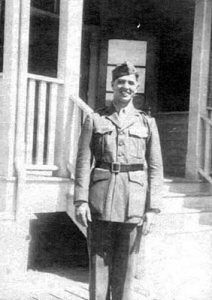 Over several days of intense fighting at Tarawa, approximately 1,000 Marines and Sailors were killed and more than 2,000 others were wounded.   Pfc. Van Zandt was killed on the third day of the battle and his remains were reportedly buried on Betio Island.

In 2014, History Flight, Inc., a non-profit organization, located a site where multiple sets of human remains were uncovered and turned over to the Defense POW/MIA Accounting Agency.  Scientists used dental and anthropological analysis, as well as material evidence, to make positive identification of Pfc. Van Zandt.    DPPA says it is grateful to the United States Marine Corps for its assistance in his mission.  Additionally, DPPA is appreciative of History Flight, Inc., for its partnership on this mission.