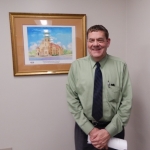 {***THIS STORY HAS BEEN UPDATED.  SEE OUR NEW STORY ABOUT NICHOLS RESIGNING.}

Danville Mayor Rickey Williams Jr. is faced with finding a new member for the city council.  A long-time Danville City Council member who currently serves as Vice Mayor has moved out of his ward.  Steve Nichols has been a Danville City Council member for 26 years.  He still owns his old home which is located in Ward 6, but Nichols told VermilionCountyFirst.com News that he got an opportunity to buy a home over Lake Vermilion and took it.  Nichols says his new home is not only located outside of Ward 6, it is also about 500 feet outside the Danville city limits. 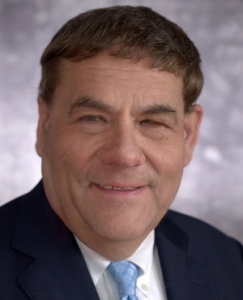 Nichols (shown here) says he has not tried to hide the fact he has moved, adding many people know about it.  But he still owns his old house and does not want to resign from the Danville City Council until a replacement is found.  Nichols says he does not want the Ward 6 seat ‘’to remain vacant for six months’’, adding that is what he told Mayor Williams.  The Mayor says he plans to replace Nichols as soon as possible.   And Mayor Williams adds he already has someone in mind for the position.