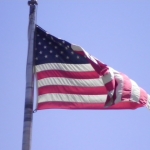 A Danville Marine who was killed in World War II is back home.

The remains of Marine Corp Reserve Private First Class Jack B. Van Zandt were escorted into town early this morning by Danville Police and Firefighters.  He was 22 years old when he was killed.  Pfc. Van Zandt will be reinterred at Sunset Memorial Park in Danville with full military honors on Tuesday, December 17, 2019.

The Defense POW/MIA Accounting Agency had announced last month that the remains of Pfc. Van Zandt had been positively identified.  Van Zandt was a member of Company A, 1st Battalion, 6th Marine Regiment, 2nd Marine Division.  The unit met stiff Japanese resistance when it landed on the small island of Betio during World War II.  The landing was an attempt to secure the island in the Tarawa Atoll of the Gilbert Islands.

Over several days of intense fighting at Tarawa, approximately 1,000 Marines and Sailors were killed and more than 2,000 others were wounded.  Pfc. Van Zandt was killed on the third day of the battle.