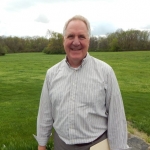 Congressman John Shimkus was set to miss the roll-call Wednesday when the House of Representatives voted on the Impeachment of President Donald Trump.  Shimkus released a statement on the votes noting that long before the votes were scheduled, he and his wife had made arrangements to visit their son, who is in Tanzania in the Peace Corps.

Representative Shimkus said he informed President Trump at the White House last week that he would not be present for the votes.

In his statement Shimkus note he has been to Ukraine twice this year.  Once was in April as an observer of the Presidential election, and again as a member of a bipartisan Congressional delegation from September 28 through October 5, 2019 — right in the middle of the supposed controversy.

‘’What I know is this:  The Trump Administration provided the long-overdue aid to Ukraine, including lethal Javelin anti-tank missiles, that had been authorized by Congress but withheld by the previous administration in their misguided efforts to appease Russia,’’ said Shimkus.   Other assistance to Ukraine was temporarily delayed this year following the election of a new president – a political outsider we knew little about.’’

Representative Shimkus said he met with embassy leadership, the Ukrainian Foreign Minister and Minister of Defense and no one mentioned a quid pro quo.   And Shimkus says he is also convinced that the second article of impeachment, ‘Obstruction of Congress’ is not a credible charge.

‘’I’m disappointed to miss these votes, but not embarrassed,’’ added Shimkus. ‘’I’m embarrassed that they are even happening.’’