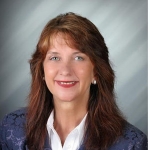 The coroner’s office announced in a statement Wednesday that Johnson died on Tuesday.

Johnson was appointed coroner in 1999 and was elected to a full term in 2000. She was subsequently reelected three more times, before retiring in 2016. She first began working as deputy coroner in 1993.

“Peggy touched so many lives in her caring and compassionate way throughout her career,” the Vermilion County Coroner’s office said in a statement. “Her dedicated service to the people of Vermilion County will always be very much appreciated. We will sadly miss her smiling face and words of encouragement.”

Funeral arrangements are pending at Sunset Funeral Home in Danville.