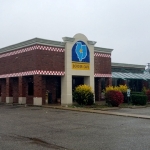 Although the Danville City Council earlier approved a special use permit for a medicinal/adult-use cannabis dispensing facility, it will not be ready for the first day of Illinois’ new cannabis law.  Phoenix Farms of Illinois LLC said earlier that its goal is to get the building along Lynch Road open by February 1st.

The company has been working on converting a building which formerly housed a Big Boy Restaurant and Border Café into a cannabis dispensing facility.