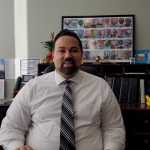 Danville Mayor Rickey Williams says there is much to be thankful for as the city celebrates the New Year….

{‘’For example, thanks be to God and the good work of our police officers, and the cooperation of our citizens – our murders are down. We’re at half of what we had last year.  We’re in the process of training so that we can start our new special units for the police coming up,’’ said Williams. ‘’Financially we’re doing a lot better,’’ added the Mayor. ‘’We are projected to end this year with a little more than $3-million dollars in our reserves… When I started we were only project to have $300-thousand dollars.’’}

The Mayor is upbeat as he looks ahead to 2020 and beyond…. 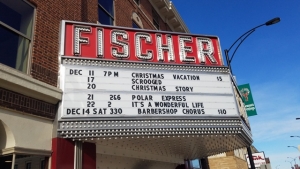 {‘’I’m very excited because I see people starting to have hope again,’’ said Mayor Williams. ‘’Between the restoration and reopening of the Fischer (Theatre), and some reinvigoration with that downtown – with the Carle project, the casino project, the expansion of Fibertec – I think that we see people starting to get excited about Danville and Vermilion County again.  And I think that’s one of the things I’m perhaps the most proud of,’’ added the Mayor during an interview with VermilionCountyFirst.com News.}

Considering all that is currently happening in Danville – with the re-opening of the Fischer Theatre, the casino, the new Carle at the Riverfront project, and other things…the Mayor was asked how he envisions the city five or ten years from now…. 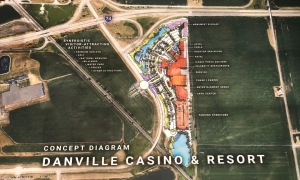 {‘’Growing and prosperous,’’ replied the Mayor. ‘’I expect that, first of all we’ll be in an even better financial position than we are now.  With the revenue from the casino I think we’ll be able to make great strides in paying down our police and fire pensions. We will be able within the next two years to eliminate all of our debt I believe, besides those two.  And I think that we’ll have more businesses, more restaurants, especially retail businesses and retail opportunities,’’ said the Mayor.}

Mayor Williams says some of the new casino money is going to be earmarked for infrastructure improvements and redeveloping and investing in neighborhoods…. 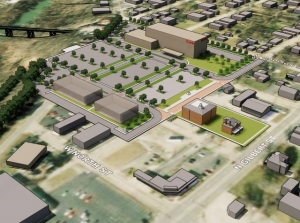 [The bottom photo is a rendering of the proposed new Carle at the Riverfront development that is coming to Danville.  You can click on the photos to enlarge them.]

The Mayor is certainly not taking all the credit himself.  He says there are a lot of people working to make Danville a better place to live and raise a family.