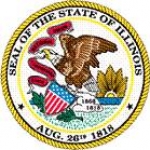 More than 250 laws have taken effect in Illinois with the start of the new year, changing the rules for everything from vehicle trade-ins to bathroom signs.

State lawmakers passed more than 630 bills during 2019.  Gov. J.B. Pritzker signed all but nine of them.

State Sen. Robert Martwick, D-Chicago, reflects on the year’s efforts at the statehouse.

“This last year was tremendous in terms of the stuff that we did,” Martwick said.

Many of the new laws took effect when they were signed, or started with the beginning of the fiscal year on July 1.

“You can talk about all of the big hot-button issues, whether it’s Reproductive Health Act, $15 an hour minimum wage, gaming expansion,” Martwick said.

While rules for some new laws like gambling expansion are still being crafted for implementation, employers will have to adhere to the increased minimum wage that takes effect Jan. 1. New Year’s Day will be the first of two increases next year, from $8.25 to $9.25 an hour. July 1, 2020, the wage increases to $10. Then it’s a dollar more per hour per year until it reaches $15 an hour in 2025.

Employers also must comply with other new regulations. Those planning to use artificial intelligence in video interviews must follow new regulations, including getting permission. Employers can no longer inquire into or use an arrest record as the basis for an employment decision. Arrest records also can’t be used to refuse to engage in real estate transactions.

Drivers have to adhere to new laws such as a ban on streaming video while behind the wheel. There are also updated regulations for schools, parents and the criminal justice system.

While updates to the state’s food stamp law took effect last summer, the program allowing food stamps to be used at restaurants, House Bill 3343 as enacted, said the Restaurant Meals Program “shall be operational no later than Jan. 1.”

Something else that was enacted last summer is the state’s capital construction bill, paid for with tax and fee increases, including the doubling of the state’s gas tax and $1 tax increase on a pack of cigarettes. Another element, the $10,000 cap on vehicle trade-in allowances, kicked in on New Year’s Day.

State Rep. Ryan Spain, R-Peoria, tried to reverse that during the fall but failed to get a vote.

“I think it’s unfortunate that the legislature did not take action on this issue,” Spain said. “I think there’s a lot of support in making this change, making this fix, so that we’re not putting a tax on a tax which is completely unfair.”

Other new laws that started on New Year’s Day include single-occupancy public bathrooms must be gender-neutral with the word “restroom” posted, anyone wanted to practice Chinese herbology must get a state license, and expect more poker runs and raffles as that law will be expanded and more.