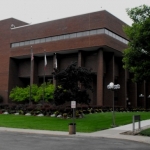 New Year’s Eve police patrols netted at least 3 drivers in West Central Indiana who were allegedly impaired.  Last year during New Year’s Eve and New Year’s Day more than 900 crashes occurred throughout Indiana.  They resulted with 174 injuries and four fatalities over the holiday period a year ago.

There were no DUI arrests listed on police logs at the Public Safety Building in Danville for New Years, but several motorists were cited for driving while their license was suspended or revoked.

State Police in both Indiana and Illinois increased patrols and targeted impaired drivers on New Year’s Eve and New Year’s Day to help ensure everyone’s safety on the roads.