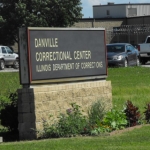 The Illinois Department of Corrections is continuing to monitor its new policy regarding books.  Greg Bishop has more….

It changed its policy guiding the way prisons are allowed to ban books for inmates – and it can’t be because of their social, sexual, religious or political content.

Inmates who are denied books can now appeal, and the procedure is the same for every state penal institution.

The issue came to a head when Danville Correctional Facility suspended a University of Illinois program for inmates, one that was taught by qualified faculty and carried course credit. The prison confiscated 200 books in the curriculum, including Harriet Beecher Stowe’s “Uncle Tom’s Cabin” and Frederick Douglass’ memoirs.

“To think that including literature that talks about mass incarceration or racism and poverty in the United States is planting problematic ideas or thoughts that could lead to something that threatens the safety and security of a [prison] is not only way off base, I think it’s totally offensive,” Jennifer Vollen-Katz told Illinois Radio Network in a telephone interview. Vollen-Katz is executive director of the John Howard Association, an advocacy group that independently monitors prisons.

“To limit people’s access to literature that is educational, that opens people’s minds, that informs, is hugely problematic,” she said.

Vollen-Katz noted that in the case of Danville, inmates were denied not only access to materials that are commonly recognized to be literature, they were also prevented from earning course credit.

Vollen-Katz said she credits Rebecca Ginsberg, the professor in charge of the Danville program, “for bringing this to the public’s attention, so that we can all be more vigilant in making sure that the people who are in our prisons have access to important materials that they should have access to and that their First Amendment rights aren’t being unnecessarily limited.”