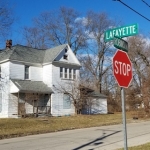 The days are numbered for dozens of empty homes on Danville’s west side.  Carle said earlier that it planned to mobilize equipment into the area this month to begin the demolition process in advance of the new $70-million dollar Carle at the Riverfront project. But exactly when the demolition process will get underway is currently not known. Many of the buildings have broken windows and some were left unsecured. So some Danville residents who contacted our News Department told us they hope the buildings come down quickly.

Carle has acquired property in a large area which lies west of Robinson Street to Logan Avenue…and from North Street on the south to Madison Street on the north.  Crews were expected to mobilize for the demolition this month, weather permitting.

Carle plans to consolidate its North Vermilion Street and West Fairchild Street offices into the new Carle at the Riverfront campus.  Carle will also be relocating its ambulance service there.   If all goes as planned the new quarters should be completed by late next year.

[These photos show just a few of the houses and apartment buildings located in the area which are slated for demolition.  You can click on the photos to enlarge them.] 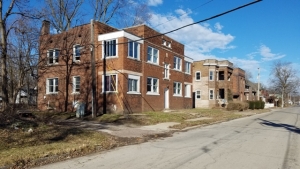 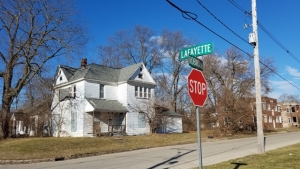