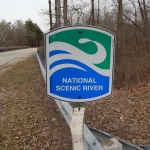 The IEPA hosted a meeting of stakeholders to discuss drafting rules for coal ash impoundments in the state.  The legislation which became law last year was sponsored in the Senate by State Senator Scott Bennett, and co-sponsored in the Illinois House by Representative Mike Marron.  It was drafted because of concerns over coal ash stored in pits along the National Scenic Middle Fork River northwest of Danville.

‘’There’s a lot of good in the draft rule, but it still needs improvement,’’ said Andrew Rehn with Prairie Rivers Network. ‘’Lots of coal ash ponds are going to need to close in a way that’s safe for human health and the environment.  This is our chance to get it right from the get-go,’’ added Rehn.

‘’Illinois has a unique opportunity to clean up the toxic legacy of coal ash and leave clean water for generations of Illinois communities,’’ said Jennifer Cassel, an Earthjustice coal program attorney from Chicago.  ‘’We can and must get these rules right,’’ added Cassel.

A 2018 report found widespread pollution in groundwater around 22 of the state’s 24 coal ash websites. Pollutants found in nearby groundwater included arsenic, cobalt and lithium.  The report by Environmental Integrity Project, Earthjustice, Prairie Rivers Network and the Sierra Club found that Illinois is one of the worst states in the nation for pollution from coal ash pits.