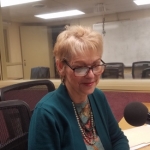 Although most of the excitement has centered on the new Danville casino and Carle at the Riverfront projects, the CEO of Vermilion Advantage says other exciting things are coming in the way of small business growth.  In fact, Vicki Haugen says Hub City Media, a company that deals with software for security customers, had a soft opening in Rossville in November.  The company expects to employ around 20.

{‘’What they do is they make a wide variety of jerky flavors. So they’ve got a couple of particular customers that prompted their purchase of this building,’’ said Haugen on WDAN Radio’s Newsmakers Program. ‘’And the building in Paxton is only 26,000 square feet, so this is almost 70,000 square feet.  So, they will use this for their high-volume runs and Paxton will strictly be for the smaller, low-volume runs.’’

The company is starting with 25 to 30 employees in Danville, but Haugen says that number may rise depending upon customer demand.

{‘’They do foods for restaurants, and so they’ll start with doing sauces and flavorings in the first phase. But then they could actually do the full complement of this product if it goes well.  So they could start out with 20 to 25 (employees), but they could actually go up to over 200,’’ added Haugen.}

Haugen also says her office is continuing to work with some other prospects going into 2020 – including a couple of retail projects. Work is now underway on assembling sites for those prospects – whose names have not been released yet.