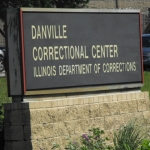 Illinois state lawmakers and advocates are drafting a plan to help people often overlooked by the criminal justice system: The children of the incarcerated.

The Task Force on Children of Incarcerated Parents was created in 2019. It will release its report in less than six weeks. Taskforce members have been focusing on what can be done to ensure that about 200,000 children in Illinois who have parents in prison don’t suffer unnecessarily because of policies under state control.

The coming report will address a broad range of issues related to incarceration.

A number of reports say children of parents who have been to prison are more likely to use drugs, have mental health issues, and be involved in the criminal justice system themselves. However, they often don’t factor in other negative issues.

One aspect Ramirez said the task force plans to address is the importance of community involvement in the lives of children with incarcerated parents.

“One of the things you’ll see in the report is the system across governmental agencies as well as community hubs,” Ramirez said.

A number of cities have community groups, ForeverFamily in Atlanta, Georgia, for instance, that allow children who share that commonality to meet and talk to counselors about their situation. Ramirez said putting an inmate in a facility closer to their family allows for low-income family members to visit, improving the inmate’s recidivism rate and helping any children they have to maintain their relationship. A law enacted last year requires courts to consider the children of those who have been convicted.

The report is set to be released on March 1.