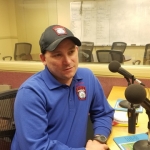 As the cold weather continues, Danville Firefighters are reminding citizens to be careful with space heaters. Fire Marshall Chris McMahon says probably one in five local homes use space heaters.  He says you should keep combustible items at least three feet away from them.

And McMahon is also concerned about people plugging them into extension cords…. 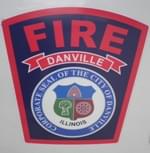 {‘’Extension cords are the most dangerous thing you can use when it comes to heaters,’’ said McMahon. ‘’They take a lot of current. They take a lot of amps to run.  And if you buy one of them cheap extension cords, it’s going to overheat it.  If you’re going to plug it into anything – you got to get an extension – get a surge protector. That’s the best thing you can do is get a good quality surge protector. Where, at least if that cord heats up, the surge protector is going to kick the power out of it.’’}

McMahon also urged citizens to be careful using candles around your home.  He was commenting on WDAN Radio’s Newsmakers program.

{‘’All they have to do is call and set an appointment with us.  We’ll come out. We install them – as long as you live in the city limits.  We install them. We put them up. We test them. We show you where they’re at.  We give you the best place where we think they should be,’’ added McMahon.}

McMahon says smoke detectors save lives.  And he added that if a fire breaks out in your home….get everyone out and then phone the fire department.  He says if you try to fight the fire yourself before calling for help it will only allow the fire to cause more damage.