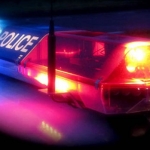 Danville police are investigating two shooting incidents over the weekend.

Police Commander Josh Webb said officers were first called to the 800 block of Hazel Street around 8:30 Saturday night and found a 35-year-old man shot in the leg. The victim stated he was riding his bicycle in the area of Woodbury and Hazel streets when someone started shooting at him from a light-colored truck. The man was taken to the hospital with non-life-threatening injuries.

The second incident occurred at 2:15 Sunday morning. Police responded to the 500 block of Grant Street and found a man shot in the lower back. The victim said he was walking into his home when someone started shooting at him. He was taken to the hospital with non-life-threatening injuries.

Police do not believe the shootings are related. Anyone with information is asked to call Danville police at 217-431-2250 or Vermilion County CrimeStoppers at 217-446-TIPS.